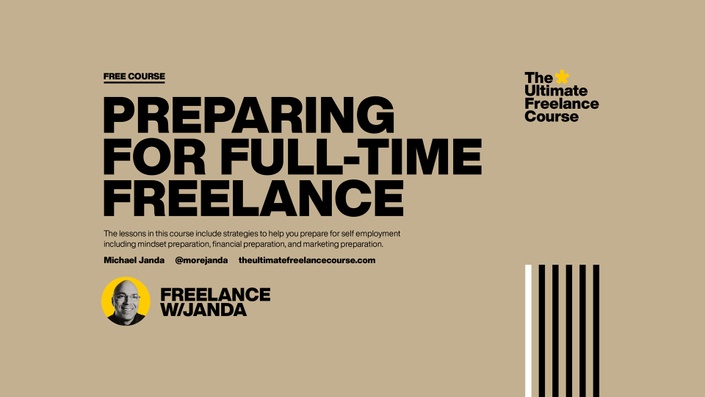 This FREE course will help you prepare to leave your job and pursue a freelance career or start your own creative agency.

Are you ready to start your full-time freelancer career?

This FREE course that will help you understand how to start freelancing with confidence and improve your chance of success!

In this FREE course, I walk you through the things I wish I would have known when I started freelancing in 2002. Fortunately, I made more right decisions that wrong and my freelance business exploding into an Inc. 5000 agency. The lessons in this course include strategies to help you prepare for self employment including mindset preparation, financial preparation, and marketing preparation. This course also includes a lesson that contains some of the foundational principles that were at the heart of my success as a creative entrepreneur.

Included in this course... 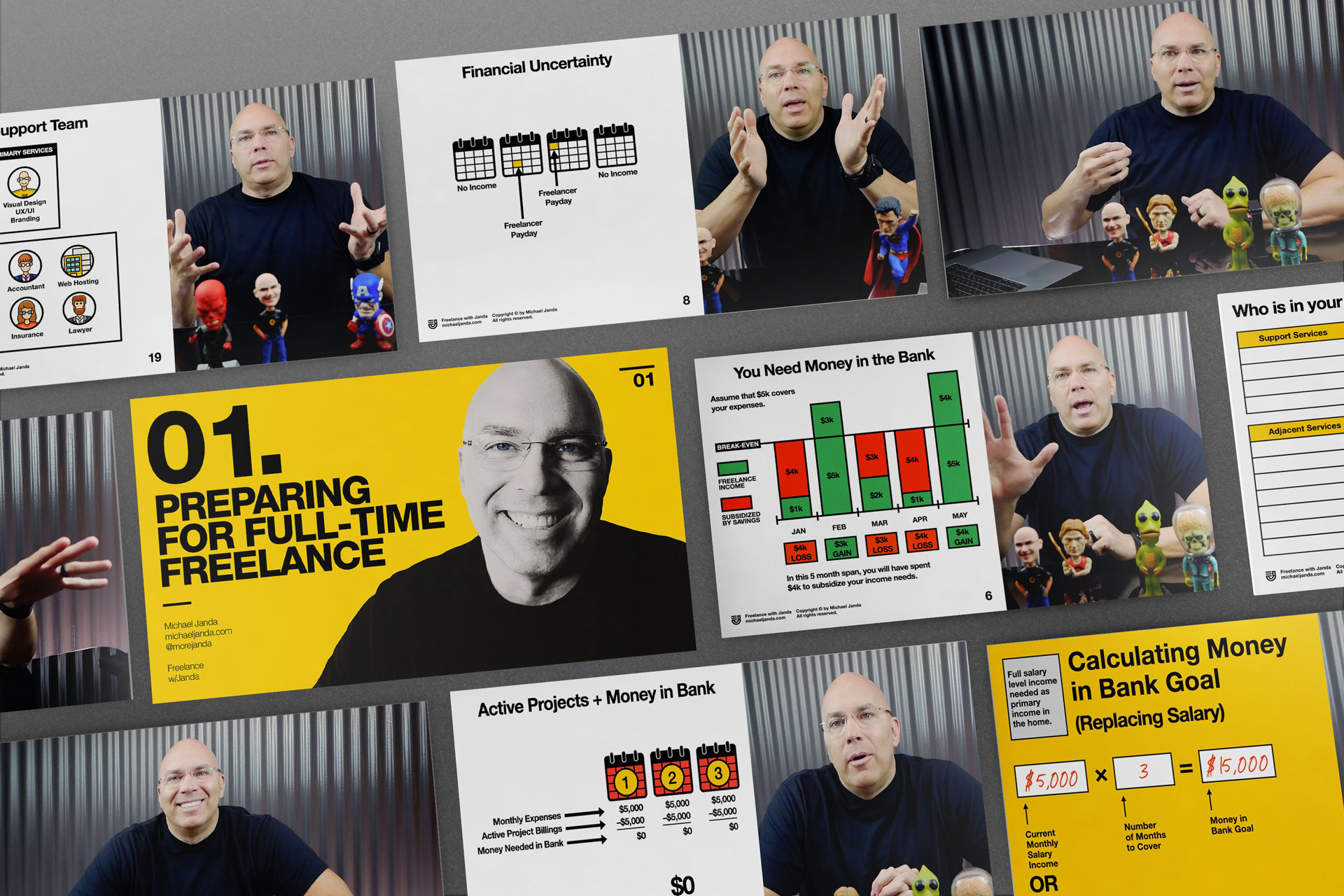 Check out the other courses in this suite, or buy the bundle and save! 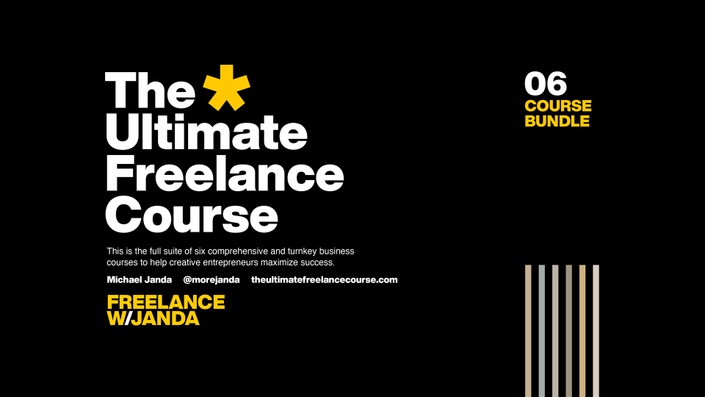 This is the full suite of comprehensive and turnkey business courses to help creative entrepreneurs maximize success.
6 Course Bundle
%
COMPLETE
$399 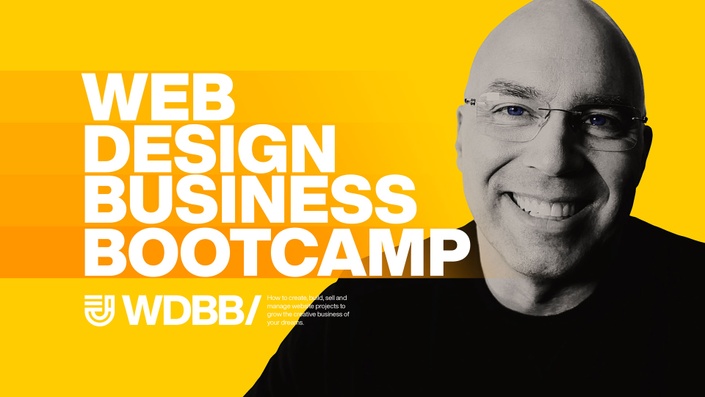 This FREE course will help you prepare to leave your job and pursue a freelance career or start your own creative agency.
Michael Janda
%
COMPLETE
FREE 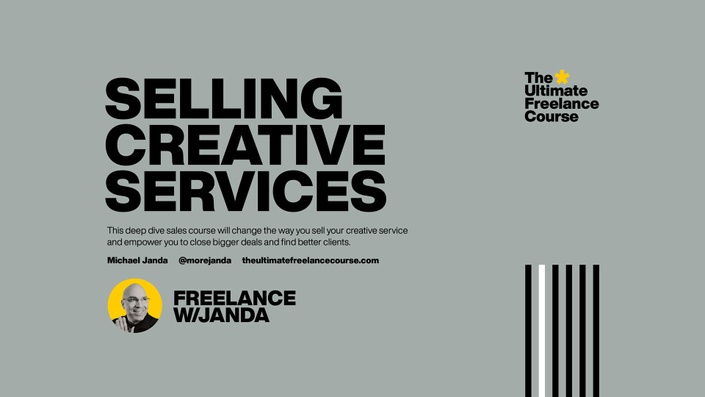 This deep dive sales course will change the way you sell your creative service and empower you to close bigger deals and find better clients.
Michael Janda
%
COMPLETE
$159 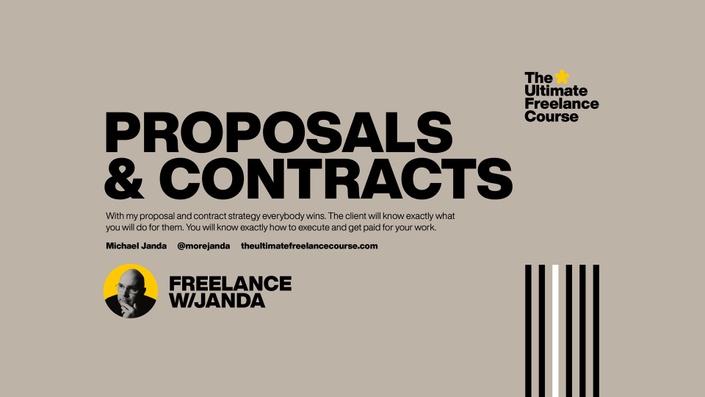 I refined my proposal and contract strategy over 15 years and more than 3,000 client presentations and now I'm giving it all to you.
Michael Janda
%
COMPLETE
$159 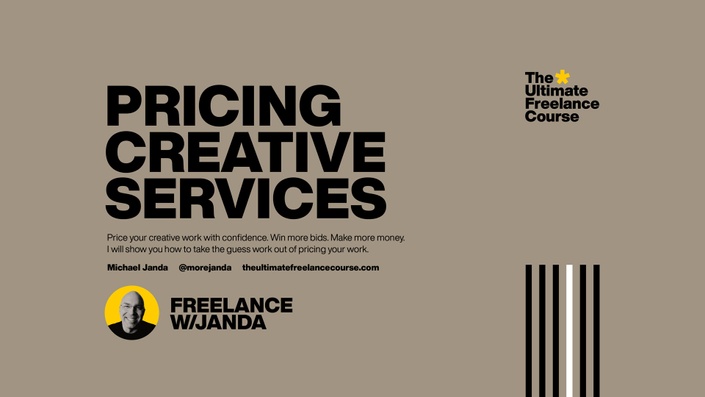 My pricing methodology yielded more than $30,000,000 in agency revenue. I never had an unprofitable year and closed more than 60% of the deals we pitched.
Michael Janda
%
COMPLETE
$159 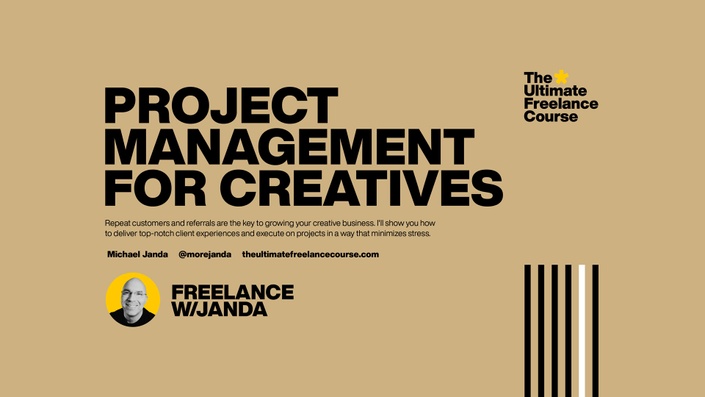 This course will teach you how to get projects done, keep your clients happy, maximize profitability, and minimize stress.
Michael Janda
%
COMPLETE
$159
View All Products 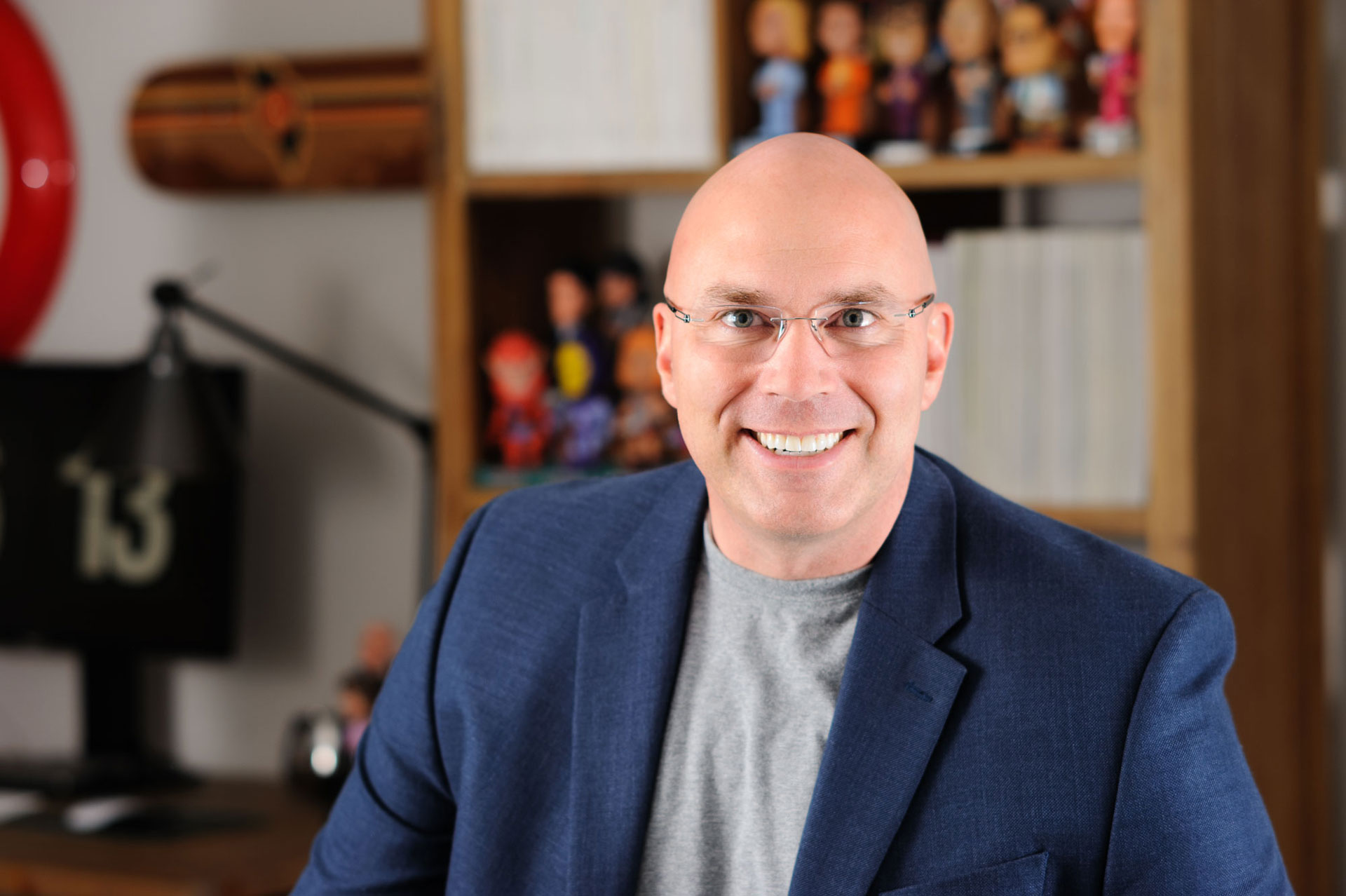 Michael Janda is an executive level creative leader with more than 20 years of experience in both in-house creative departments and agencies working with some of the greatest brands in the world.

Michael founded the creative agency, Riser, in 2002. Over 13 years he led Riser to a 31% average annual profit margin. Riser was a nationally recognized agency creating high-profile work for clients including Disney, Google, ABC, Fox, Warner Bros., NBC, TV Guide and numerous other notable companies. Riser’s work quality and successful business practices yielded some of the most coveted awards in the industry including Inc. 5000, Webbys, FWA, Awwwards, AIGA and Addys.

In 2015, Michael sold Riser to a competing marketing agency named Eli Kirk where he became one of four partners at the agency and its Chief Creative Officer. Following the acquisition he orchestrated a rebrand of the 70+ person agency as EKR. With the new brand in place and following a revised strategic direction for the company, EKR realized significant growth and back to back listings on the Inc. 5000 in both 2017 and 2018.

Prior to his time as an agency owner, Michael served as a Senior Creative Director at Fox Studios where he managed a 40+ person team of designers, content creators and developers.

In addition to his robust experience managing creative and marketing teams, Michael is the author of the book, Burn Your Portfolio: Stuff they don’t teach you in design school, but should, and the newly released, The Psychology of Graphic Design Pricing.

After 15 years and more than $30,000,000 in revenue, Michael stepped away from agency life in 2018 and now spends his time coaching freelancers and agencies, writing books, creating courses, and speaking at design industry events worldwide. He is also known as @morejanda on Instagram where he grew an audience of more than 120,000 creatives in less than a year.